This is a story about how our own spiritual practice and fitness is important when it comes to making sure we are able to rise above the noise and help the world and our own lives.

Once two friends met on the road between their neighboring villages. They shook hands and asked each other how they were. One had recently had a happy encounter with the wise man from his village. He told his friend about it. 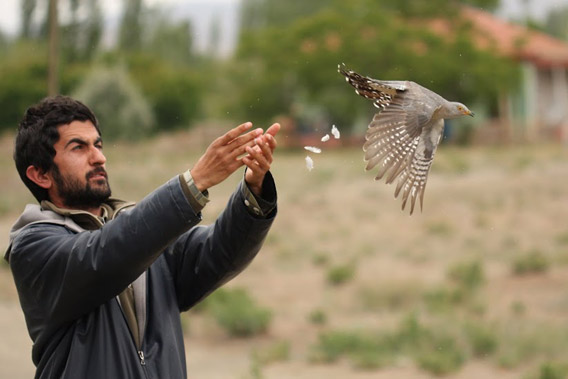 “You know,” he said, “I’m sure he must be the wisest wise man in all the country.”

“Well, hang on a minute,” his friend replied. “I’m sure he is very wise, but let me tell you how wise the wise man from my village is.” They swapped stories, each trying to prove that his village wise man was wiser. Before long, members of both villages, walking past the arguing friends on the road, had gathered around and joined in.

“Our wise man is wiser!”

Things became more and more heated until finally someone said, “I know how to resolve this. Let’s have a wise man competition.” The crowd broke up, with one group going to each village to drag back their respective wise men.

Before we go on, hearing this story, you might say to yourself, how stupid is this? Why would anyone care about who had the wiser wise man? What a waste of time and effort! But this is just a reflection of the kind of noise we get caught up in as humans. It is an example of the noise that stops us from paying attention to what is really important in our lives.

Crazy though it might be, the wise men came, accompanied by the entirety of both villages. Even the wise men, it seems, were caught up in the noise of this ridiculous—yet entirely human—folly. The wise men stood under a tree with the crowd circled around them. The rules of the competition were that the wise men would take turns answering the other’s questions until one faltered or couldn’t answer.

Finally, one of the wise men caught a bird from a tree branch in his hand. He put the bird and both his hands behind his back. He looked at his competitor. “If you are so wise,” he said, “tell me this. When I bring the bird out from behind my back, will you find that the bird is dead or that it is alive?”

The crowd fell quiet. The people from the answering wise man’s village became angry. This wasn’t right. This wasn’t fair. There was no way for their wise man to win.

And it may be true that even the wisest men and women sometimes get caught up in the noise—otherwise why would the wise men of this story indulge this silly competition? But maybe, if we are really wise, we don’t have to be so caught up in the noise that we can’t stop ourselves from causing suffering to ourselves and those around us.

That is just what happened to the second wise man. Whether or not he realized the ridiculousness of the competition, he at least was awake to what was really important at this point. The bird’s life was more important than this stupid competition. Realizing that, he knew how to answer.

“The bird is dead,” he said. The rival showed him the bird— alive—which flapped its wings and flew away. That is called rising above the noise.

So here is the question: Are we doing enough to take care of our minds and spirits to make sure that we have the equanimity to save the bird, if it comes to it? This is how our own spiritual practice becomes important if we want to help the world.

The story comes from my book How To Be Alive: A Guide To The Kind Of Happiness That Helps The World. Click here to find out more about it.